10 Tips for Producing Fantastic Videos on a Budget

Filming a video in a pinch? Here’s how to make the best of a low budget shoot.

I’ve been producing video both for clients and for my own passion projects for over a decade. I’ve shot commercials, online courses, interviews, etc. for clients. My passion projects have included high-budget concept movie trailers, music videos, and simple comedy videos shot on an iPhone. During the course of my journey in video production, quality has always been one of the most important aspects for me of any given shoot.

With video representing roughly 82% of web traffic as of the time of this writing (and only growing), more and more businesses are turning to the medium for their own content marketing strategies. The video production industry has exploded as a result. Of course, if you’re looking to hire a video production company in Colorado Springs, we at NURV would be glad to have a conversation with you about your project.

Hiring professionals is always a great choice if your budget allows it. However, if you’re creative and have an eye and ear for what looks and sounds good, DYI video can be a good option—particularly if you’re videos are mostly planned for web viewing such as YouTube.

Here are 10 things that you can do to start making quality videos right now, even if you’re on a budget.

1. Invest in a decent microphone

In my opinion, poor audio is the biggest indicator that an amateur produced a video. If you’re capturing audio from your on-camera microphone, you’ll get all kinds of ambient room echo. With the growth of web video in recent years, audiences are becoming more sophisticated and expecting higher quality than simply on-camera audio. Even if you’re shooting on your smartphone, there are plenty of microphone options that will work for you.

Here’s a simple video we shot for new donors for a non-profit client of ours. Note the simple lavalier mic. This particular location had an HVAC system that couldn’t be disabled during the shoot, but the lavalier mic (and a little work in post) allowed us to capture the audio properly and create an ideal listening experience.

2. Invest in a decent lighting kit

If you can’t afford a nicer lighting kit, at least spend $100-$200 on a simple three-light kit. It will add significant depth to your video. While not quite as important as audio, lighting is one of the key factors in conveying professionalism with your videos. The difference between a video shot with room lights only and one shot with properly placed three-point lighting can be enormous.

The room in which this commercial was shot had several lighting challenges that we were able to overcome with a simple three-light setup.

3. Get comfortable on camera, or hire somebody who is

You can have the greatest audio and the greatest lighting, but if your on-camera talent is mumbling or visibly nervous, you’re going to lose your audience quickly. Post a local ad for a casting call. If you live near any decent size city, you won’t have to wait long before aspiring actors come out of the woodwork—eager to showcase their on-screen personality in your video. If you have more of a budget, call a local talent agency and they’ll be glad to recommend their vetted and experienced talent for your project.

While I don’t personally mind being on video, I’m not the biggest fan of interviewing people on camera, so I hired somebody when the opportunity came for another brand I manage to interview a singer during his tour stop in Colorado. Note that $150 mic setup vs. just capturing this audio from the camera’s (or in this case, the iPhone’s) built-in mic.

4. Take the time to write a great script

Not everyone can afford to hire a professional scriptwriter, but that doesn’t mean you can’t come up with something compelling on your own if given the right tools. If your video is more of a commercial where a voiceover is required, don’t just assume that any quick script will be fine. It will be a quick script. Take some time to study copywriting. Read a book or two. At least watch other videos and commercials from successful companies in your space (and similar spaces), especially if the goal of your video is to convert sales or inspire the viewer to take action.

Here’s an example of a script I wrote for one of our internal videos promoting 3D logo animation services.

5. Hire a composer outright instead of using stock music

Stock music has earned a reputation as being the cheaper option, and in many cases, it is. At least it feels that way. But in many instances, you have to subscribe to an entire service just to get the music. And even if you’re able to buy just one track, there are still many potential hidden costs to consider. The biggest challenges I’ve faced when it comes to using stock music in videos for myself and for clients are the dreaded DCMA copyright takedown claims that you’ll inevitably get. And you probably won’t just get them once. I’ve had the same videos taken down periodically year after year for the exact same copyright claim. Sure, I can keep refiling the paperwork proving I paid for a license, but at what cost? Remember, time is money. You’ll be amazed at the affordable (and talented) musicians you can find just by spending some time on freelance gig websites such as Fiverr or even Craigslist. Just make sure your contract provides you with the necessary music ownership rights (always check with a lawyer if you aren’t sure about this).

Here’s a video I produced that included completely custom background music that my company owns the rights for exclusively.

6. Invest in a static color backdrop

Sometimes, less is more. A static color backdrop can communicate professionalism as well as keep the viewer’s eyes focused on your subject. It also works wonders if you don’t have a place to shoot your video (or if your office is too cluttered at the moment—hey, no judgment, we’ve all been there). You can pick up a solid white backdrop for under $100. With proper lighting, you’ll have that simple corporate look in no time.

Here’s a comedy video I shot several years ago on an iPhone XR with barely enough budget to cover even the donuts in it.

7. Shoot on your smartphone

Sure, fancy cameras are nice, but depending on the intended use of your video, shooting on your smartphone can be a decent option. Just remember to shoot in 4K (if your phone supports it) and then downsample to 1080p to achieve a better picture than if you were to just film in 1080p natively. Also, don’t forget a decent external microphone and a three-light kit to give your smartphone videos that extra edge of your budget-conscious competition.

Not only was the above video (in #6) filmed on an iPhone, but so was this other comedic short I produced. You may not always have access to a nicer camera. Don’t let that stop you from producing quality content. This video was filmed as a spur-of-the-moment idea while on vacation. Sometimes you just have to capture your creativity when inspiration strikes.

8. Go with an animated explainer video instead of filming

If the thought of figuring out cameras and lighting and audio is starting to stress you out, another great way to get the video you need on a budget is to have an animated explainer video produced. While this format is more often associated with presentations, it’s also becoming more commonly used to produce 30 and 60-second commercials. You can find companies all over the world willing to produce high-quality explainer videos for as low as a few hundred dollars.

This is also something that we offer here at NURV. Here’s an example of this style of video that we produced from scriptwriting to artist and voiceover talent direction, all the way through to animation and even custom music composition. If you’d like something similar and don’t know where to start, please don’t hesitate to reach out.

The saying “we’ll fix it in post” can be true for some projects, but it’s honestly not going to save poorly captured media. That’s why it’s not ranked higher on this list. Without quality footage to work with, you’re better off refilming than bothering to get an editor to resurrect your project from the grave. That said, a good editor can take a project that has decent audio and video and turn it into a great video. The same can’t be said about a good editor and poor audio and video.

While not the perfect example, here’s a “just for fun” project I edited to show what the movie Dumb & Dumber could have looked like had it been a thriller. Good editing saving a bad project? I’m not so sure about that. I did like the movie, after all. Editing is important though, and a good editor can sometimes work miracles with the right source footage.

Ok, so this example may be met with mixed reactions due to its fairly large budget compared to what many of our readers may be looking to spend. But compared to what it costs to make a Hollywood movie, we were able to shoot and produce the following video for what a room full of stars might spend on lunch before attending the Oscars.

In two days, we shot the majority of the footage required for this passion project intended to pitch to Hollywood investors. While good inroads were made initially, ultimately the project was shelved due to similar concepts such as Wreck-It-Ralph being produced by much bigger studios than those we had been in touch with.

And even if you’re working with a smaller budget, taking the time to get some practice shots and flesh out your concept a bit before going all-in can be a great money saver.

Whatever it is you’re producing, you should be able to use the above tips to create something that looks more expensive than one might think, given your budget.

But just because you can DYI your videos doesn’t mean that you should. As you can see from the above projects, we love working in different genres and tackling any challenge thrown our way. If you’re looking to have a video produced in or around Colorado Springs, CO, we’d love to work with you (of course, we can travel too if you have the budget).

We help position our clients’ videos for ongoing success in today’s ever-changing world of digital media. Contact us for a free video production consultation or to schedule a strategy session to learn how we can help your videos stand out for years to come. 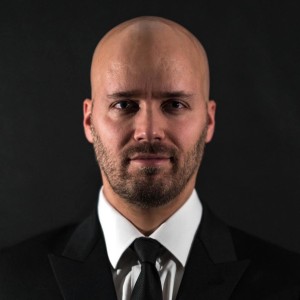 Andrew Fischer is the CEO and Creative Director of NURV. He is a passionate Digital Marketer and Internet Entrepreneur. He has appeared on dozens of TV interviews (including Good Morning America), as well as countless radio and online media platforms.
All Posts »

Get our FREE guide and elevate your brand's perceived value today! 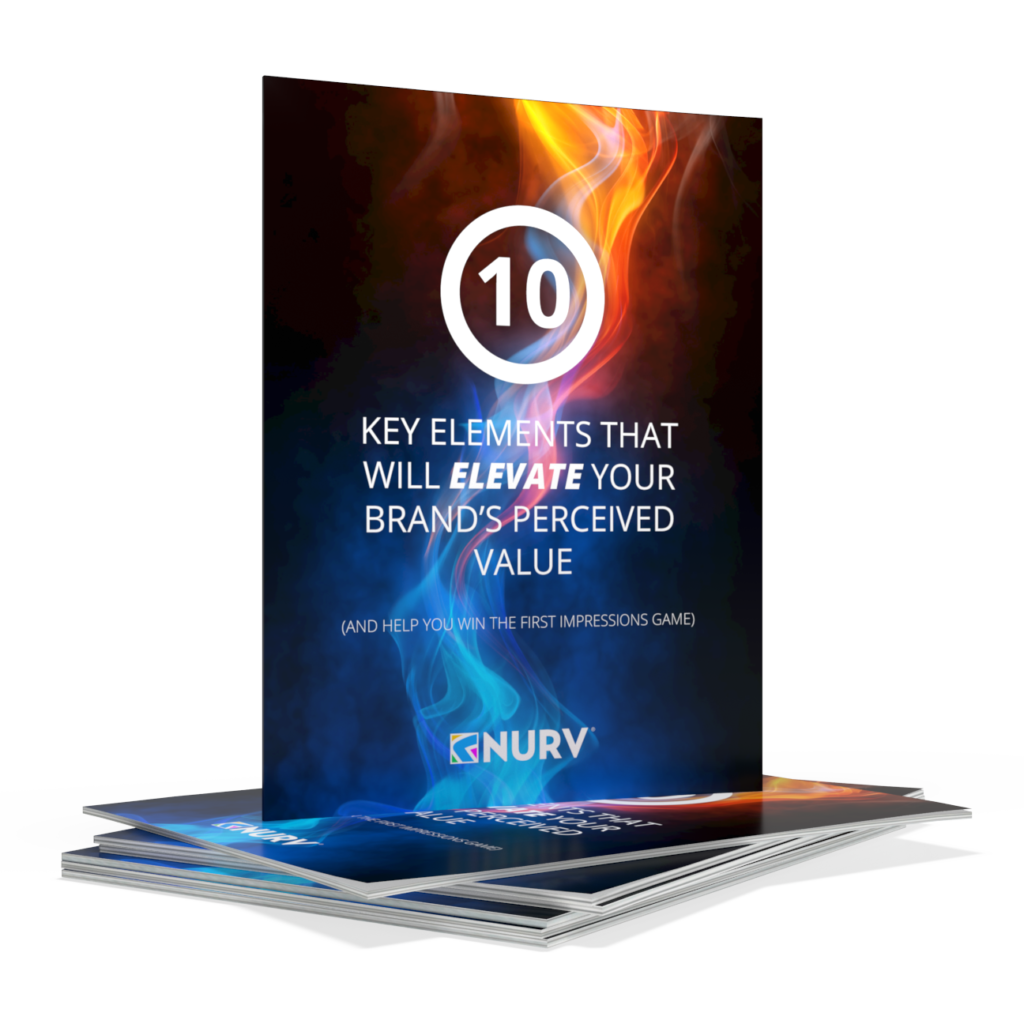 Tell us where to send your FREE guide.